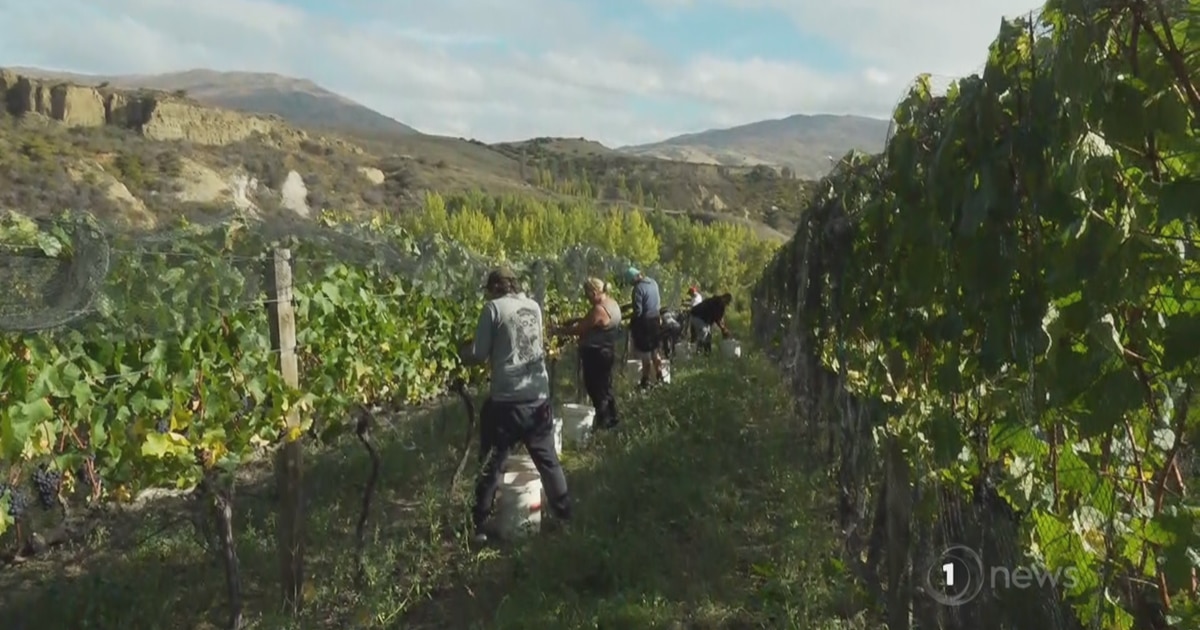 Vineyards in central Otago are going the extra mile to get their grapes from vine to bottle as they continue to battle a labor shortage.

They sweep the fruit pickers far and wide as they anticipate a bumper harvest for the region.

Everyone tends to the vines of Mt Difficulty Wines as workers pick the first buckets of Central Otago’s best grapes for the season.

But contractor James Dicey said finding the workers was a challenge.

“Trying to find people to do the job on time has been harder than ever and we’ve had some tough times. But this year it’s a whole different level.”

Winemakers have therefore tried everything to get the numbers they need, attracting seasoned Vanuatu veterans to people from outside the district, including unemployed or beneficiaries.

“We went deep and wide into the community…and took in people we would never normally accept. Part-timers, moms, semi-retirees, retirees. Anyone who wanted to come to work this year,” Dicey mentioned.

Further down the road, Andy Wilkinson’s winery Misha’s relies on young foreign backpackers, but with none in sight, it’s creative.

“We’re definitely going to have an older crew this year. We did an advertisement in the Motorhome Association magazine, which brought in a lot of people who hadn’t done this before,” he said.

David Feather arrived with his motorhome after hearing this call.

“I’m a beginner, it’s going to be interesting, it should be good.”

“I think the oldest who applied was in his late 70s!” said Wilkinson.

The harvest should also be good thanks to a bright summer, with up to 12 tons of grapes coming from the Central Otago crops.

That’s about 12 million bottles of wine worth about $200 million.

There is hope that the battle for personnel in the future will eventually subside.

“We look forward to resuming business as usual with movements in and out of the Pacific…and of course tourism which will bring backpackers back to the area,” said Shaun Fogarty of Seasonal Solutions.

And of course, keeping the virus out.

“We’re pretty confident. I hope the controls that have been put in place because of Covid will work. but if they don’t…then I’ll call my neighbors and expect them to do same with me too,” Dicey told 1News.