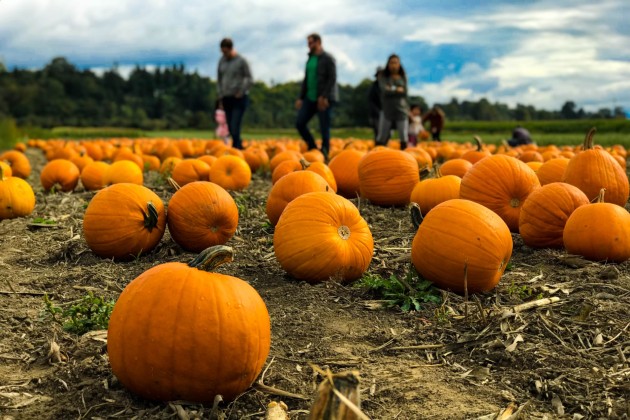 (KNSI) – Fall is approaching, and with it comes tours of pumpkin patch and apple orchards around central Minnesota. Since June, however, nearly the entire state has been experiencing severe, extreme, and even exceptional drought conditions, impacting crops, animals, and water bodies. Although regional conditions have improved over the past two weeks, apple orchards and pumpkin patch in central Minnesota are feeling the effects of drought on their fall harvests.

Todd and Cherie Beumer own the Collegeville Orchards. They opened Labor Day weekend and plan to be open daily through the end of October. Throughout the summer, Todd Beumer says it was a struggle to keep their plants watered.

“We don’t have the capacity to water the whole orchard; we were just watering new trees that we planted last spring,” Beumer said. “Established apples, in general, seem to be a little smaller just because of the drought, and they seem to be ripening a little faster than other years, on some varieties.

“These recent rains are going to help some of the later-ripening apples grow in size,” he continued. “But the first apples and the apples we’re starting to harvest right now are still a bit smaller.”

As for the Collegeville Orchard Pumpkin Patch, Beumer said it was difficult to keep enough water on these plants from day one.

“Since June, the drought started so early, just trying to keep enough water to germinate the seeds,” he said. “And then once they were in place, keeping enough moisture in the ground that they didn’t burn with the dryness and the heat.”

As the pumpkins get to a good size, Beumer says they’re seeing fewer pumpkins per acre.

“Instead of having four or five per stock, we could have two or three per stock.”

Although there are fewer pumpkins, Beumer says there should still be plenty to choose from for visitors this fall. With added costs this year associated with more frequent watering, the price could go up a bit on smaller pumpkins.

“Much of our irrigation is run by a gas pump,” he said. “Between gas and electricity, we’ve invested a lot more in that, just watering the fields we have and everything.”

The COVID-19 pandemic also continued to impact the daily lives of Minnesotans. At The Orchard, Beumer said the pandemic won’t change much when it comes to operations, though they will still host several live music nights throughout the fall, just like in 2020 when capacity restrictions in event prompted the orchard to change course. of his usual Autumn Festival.

“Everything is kind of back to normal, as far as wagon rides and the petting zoo and all that stuff.”

Copyright 2021 Leighton Enterprises, Inc. All rights reserved. This material may not be broadcast, published, redistributed or rewritten in any way without consent.