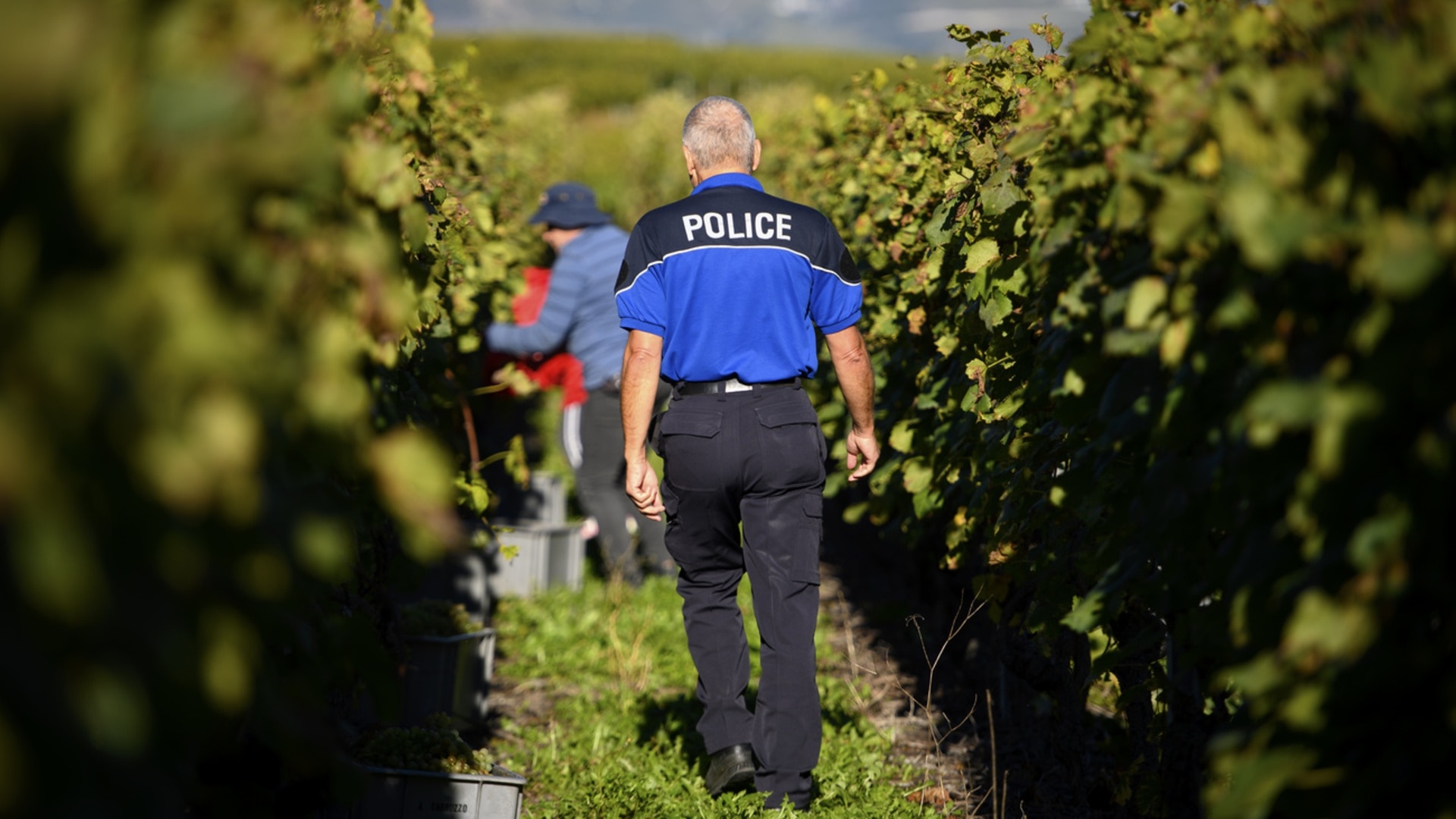 Since the start of the harvest in September, around 1.5 tonnes of grapes have been stolen in the wine-growing canton of Valais, according to police.

The most affected is Chamoson, the largest wine-growing municipality in Valais, where access to the vineyard has been restricted at the request of the farmers’ union.

“The winegrowers, fearing that the temptation to steal is too great, asked the municipality to take measures”, declared the president of the union Claude Crittin.

It is now forbidden to walk between the rows of vines, but the official paths are still open. Night patrols have also been introduced.

The harvest is expected to be smaller and more uneven in 2021, due to bad weather. Thefts of grapes are observed every year in the Valais vineyards, but this year they have reached record levels.

Frost, hail and mildew have hit harvests, but if some winegrowers have lost part of their grapes, others are currently making “good harvests”, according to the cantonal viticulture office.