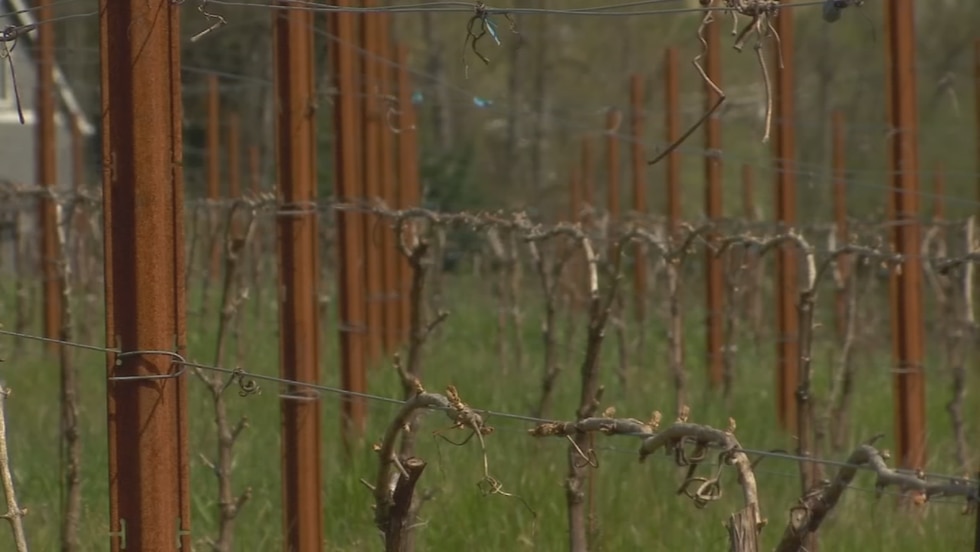 NEWBERG, Ore. (KPTV) — Wineries hit by a mid-spring snowstorm earlier this month are still assessing the damage to their crop.

Kim Bellingar, owner of Bellingar Estates, said it was still too early to assess the extent of the damage. But she said, at least for her winery, she already expected this year’s harvest to be smaller than usual, leading to a loss of revenue.

At Bellingar Estates in Newberg, vines began sprouting green buds that would eventually bear fruit a week before the record-breaking snowstorm in northwest Oregon. Bellingar said the frost killed the buds, turning them brown and crisp.

Bellingar said the vines will eventually sprout new green buds, but the delay will delay his harvest time by a few weeks.

“The challenge is there’s not much you can do when it happens and mother nature is going to do what she does,” Bellingar said.

She said about 80% of the buds on her vines had been damaged by the cold temperatures. But the vines themselves will survive. Bellingar said this cold spell will impact the quantity of wine, not the quality. She also said that every winery is experiencing something different from the cold snap. For at least his winery, this will be the third year in a row that Bellingar’s harvest yields a lower than typical product.

“Unfortunately, we were working with a few years in a row on smaller vintages than we would like and many wineries will be faced with a shorter supply,” Bellingar said.

“We will also see other tactics to combat rising temperatures, such as planting at higher elevations, slightly more north-facing sites that can be cooler and better protected,” Bellingar said.

Whether it’s a mid-spring cold snap or a mid-summer heat wave, Bellingar is certain the wine industry will adapt. She said climate change is impacting all aspects of the agriculture industry.

“I think it’s important to keep checking in with these agricultural businesses,” Bellingar said. “They impact the economy of the state and if you love wine, you should care.”

Chaka Uzondu: on poultry manure and the National Fertilizer Board