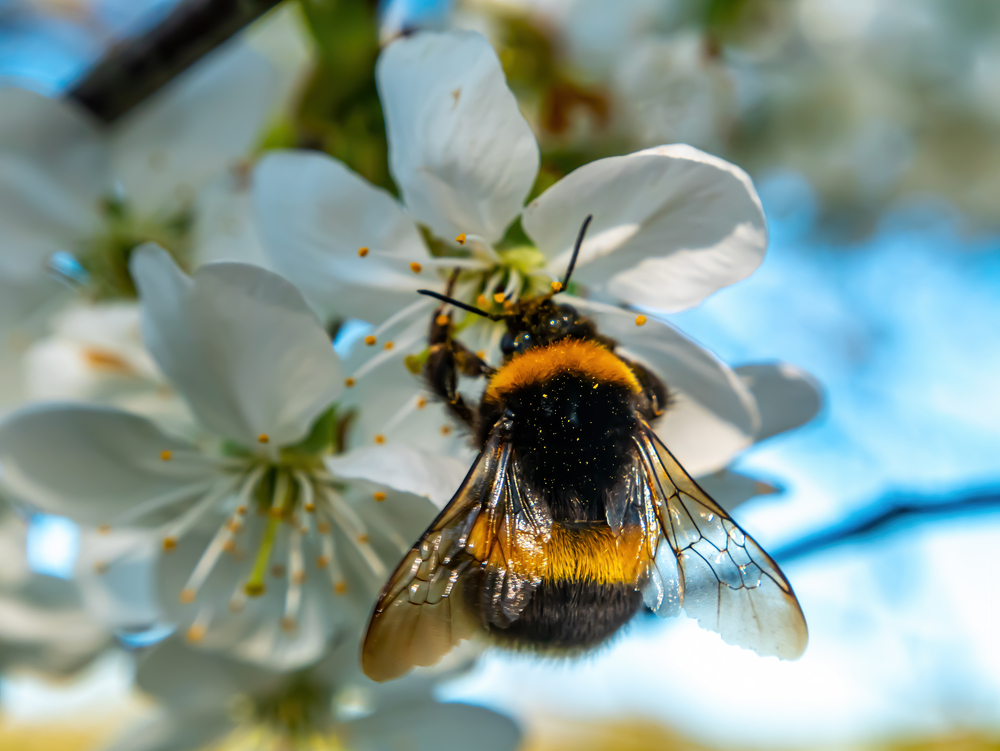 A new study has found that streptomycin, a popular antibiotic sprayed on food crops, has a negative impact on the behavior of bumblebees.

The studyfunded by a USDA grant and conducted by scientists from Emory University and the University of Washington, showed that streptomycin “slows bumblebee cognition and reduces their foraging efficiency.”

With 75% of the world’s crops dependent on pollinators, the study highlights the importance of the impact of sprays and pesticides on the species. Similar studies have concluded that exposure to the antibiotic tetracycline and high concentrations of oxytetracycline can also harm bee systems. Specifically, the chemicals alter the gut microbiomes of bumblebees, leading to a decrease in their immunity to pathogens. They can even slow down the ability of bees to learn and forage in managed colonies.

For this study, bumblebees (Bombus impatiens) of a managed colony have been observed in a laboratory environment. Some of the bees were fed pure sugar water, while others were fed sucrose dosed with streptomycin.

After two days, the bees were put to the test. The researchers laid out strips of yellow and blue colored cardboard, one color soaked in sugar water and the other in pure water. The bees were observed with the strips until they touched one with their antennae, and the scientists counted how long it took the bees to favor the sugar-soaked strips.

According to the results, “bees fed streptomycin often required about three times as many trials to establish the association, compared to other bees.” In addition, bees treated with antibiotics showed more avoidance towards both strips of cardboard than other bees.

In another experiment, bees were fitted with tiny, ultra-light “backpacks” with radio frequencies that allowed researchers to track the bee’s movements as they walked through rows of artificial flowers. Some of the fake flowers were sprinkled with sugar water, while others had none. Bees that had been exposed to the antibiotic landed on the sugar flowers at a rate of 55%, while control bees found the same flowers at an 87% rate.

Berry Brosi, the paper’s lead author, says of the study, “I was surprised at the strength of the effect we found of streptomycin on bumblebees in the lab experiments. It is therefore imperative to know if we see similar effects in an agricultural environment. »

[RELATED: A New Approach to Protecting Bees From Toxic Pesticides]

Streptomycin, the focus of this experiment, has been increasingly used in US agriculture over the past decade. It is commonly sprayed on orchards to control bacterial diseases such as fire blight and citrus greening. Fire blight blackens the blossoms and shoots of pear and apple trees, as if they have been burned, and can lead to the death of trees. Citrus greening has been devastating for citrus in the United States and results in green, unripe, inedible fruit falling from the trees too soon.

Next, the scientists will take the experiments to an orchard to study bee behavior among streptomycin-treated pear trees. “If a negative impact is found on bumblebees,” the paper states, “researchers hope to provide evidence to support recommendations for methods and policies that may better serve farmers.”