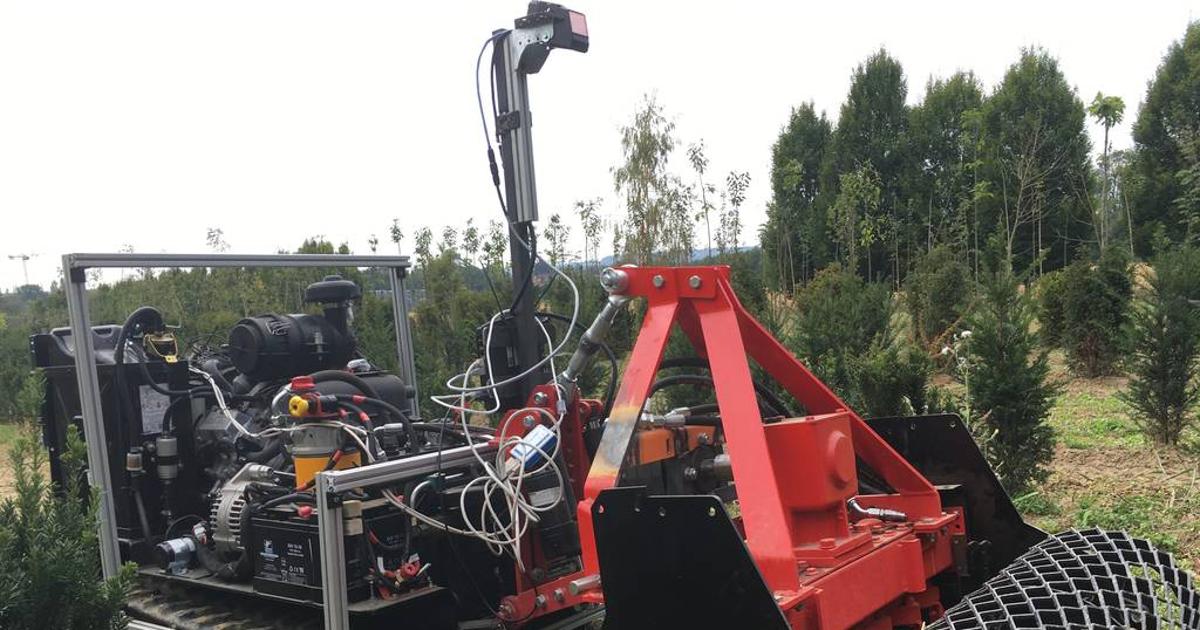 Although manual weeding of crops can be time consuming and labor intensive, spraying herbicides on these crops is definitely not environmentally friendly. A German consortium is developing a third choice, in the form of the AMU-Bot weed killer robot.

Moving on caterpillar-type caterpillars, the robot is able to autonomously move up and down rows of plants in orchards, vegetable fields or nurseries. It uses on-board LiDAR scanners to stay between those rows and to see where each row ends so it can turn around and move on to the next one.

And although the AMU-Bot is not able to identify specific types of plants, it is able to tell the difference between cultivated plants and others that shouldn’t be there – weeds, in other words. When one of these is spotted, the robot lowers a rotary harrow (much like a toothed version of the spool on a push lawn mower) which stirs up the soil and uproots the offending plant.

To control weeds growing between the rows, the harrow is simply deployed just in front of the robot as it moves forward. On the other hand, if a weed is spotted growing between the cultivated plants in a row next to the robot, the machine stops and moves its harrow sideways in space.

The AMU-Bot project is funded by the German Federal Office for Agriculture and Food and is coordinated by the Fraunhofer Institute for Manufacturing Engineering and Automation (which also designed the power harrow to height adjustable). Bosch is developing the navigation and sensory system, and the agricultural robotics company KommTek is responsible for the track drive system.

There is currently no word on when the AMU-Bot can go live. It might face some competition, however, as other groups develop robots that use lasers and electrical pulses to kill weeds.