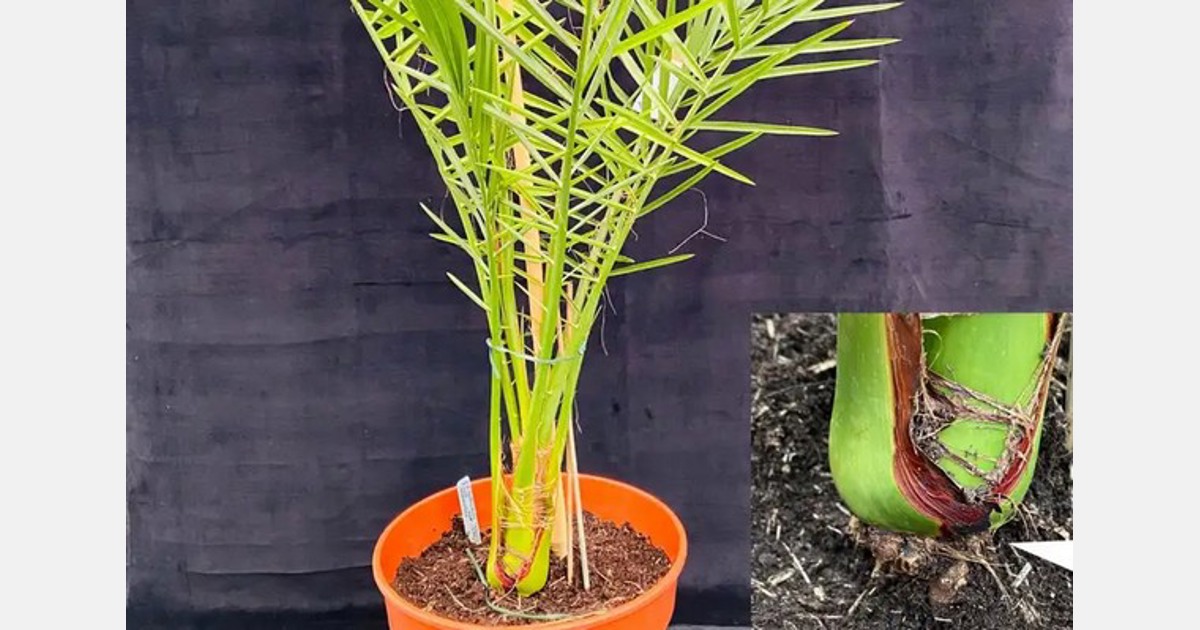 A new technique for growing plants could protect endangered crops

A new plant grafting technique could increase production and eradicate diseases from some of the world’s most endangered crops, such as bananas and date palms.

Plant grafting, where the root of one plant is attached to the shoot of another, has been used in agriculture for thousands of years to improve crop growth and eradicate disease, in plants such as apples and citrus fruits. But this technique wasn’t supposed to work for one major group of plants: monocots (or monocots). This group includes all grasses like wheat and oats, as well as other high-value crops like bananas and date palms. These plants lack a tissue called the vascular cambium, which helps grafts heal and fuse into many other plants.

Now, Julian Hibberd of the University of Cambridge and his colleagues have found an approach that can graft monocots. They extracted a form of embryonic plant tissue from inside a monocot plant seed and applied it to the potential graft site between two monocot specimens of the same species – wheat, for example.

The method appeared to work on a wide range of monocot plant families, including important crops such as pineapple, banana, onion, tequila agave, oil palm, and date palm. The team’s preliminary studies in the lab also suggest that the graft may work across species. They grafted a wheat sprout onto disease-resistant oat roots. This may protect wheat against soil-borne diseases, although it is not yet clear whether this protection would be achievable in the real world.

Read the full article at www.newscientist.com.