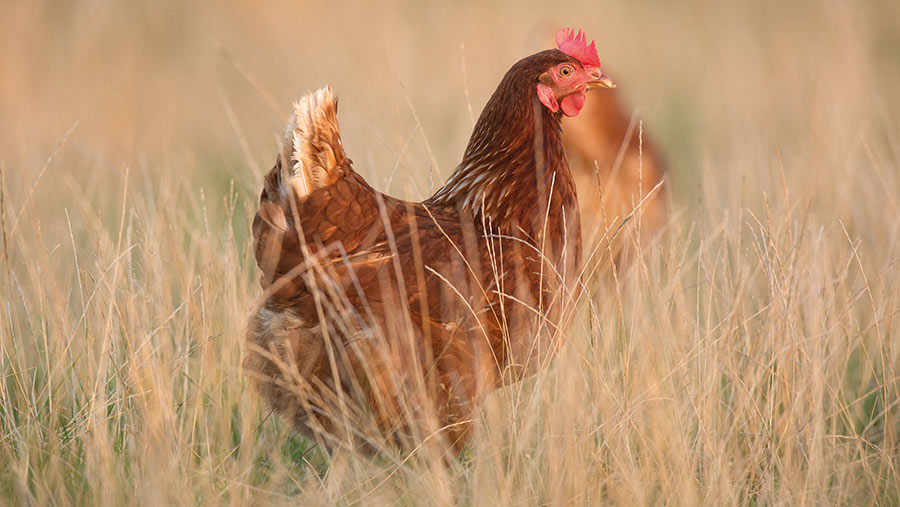 Changes to diets, improvements in genetics and health, and redesigning the use of poultry manure and bedding all have the potential to reduce greenhouse gas (GHG) emissions.

GHG emissions in the poultry sector largely result from feed production, with feed manufacturing, handling and transportation accounting for around 70% of the sector’s carbon footprint, according to data from the UK National Inventory.

There is clearly room to improve on this figure, but which mitigation strategies have the greatest potential and how do their costs compare?

Research into a number of carbon reduction solutions has been carried out by a group of scientists from the Center for Innovation and Excellence in Livestock (Ciel), led by Professor Elizabeth Magowan of the Institute of Agribusiness and biosciences.

The study showed that genetic improvement could be an inexpensive way to reduce nitrous oxide emissions and would also be very easy to implement now.

In contrast, using poultry litter as fuel instead of fertilizer would be a difficult and expensive strategy, although it may also bring other benefits such as reduced odors and ammonia emissions.

The results focused on three key areas: the animal itself, feed and fertilizer (see below).

Feed is a key area for reducing emissions from poultry, with many strategies applicable to both broilers and laying hens, says Tom Gill, sustainability manager at Promar.

It offers some tips on adapting eating strategies to encompass the net zero goal.

Use of alternative ingredients

The focus here is on soybeans, and I think there will be increased expectations over the next three years for producers to significantly reduce their emissions from animal feed.

Traditionally, much of the protein in poultry feed comes from soy sources.

However, it has a very high carbon cost, with emissions estimated between 9kg and 15kg CO2e/kg [carbon dioxide equivalent a kilogram] for soybeans.

Getting to a place where alternative products are regularly used in the diet, without affecting the health or welfare of the birds, may not yet be entirely achievable, but progress is being made to find new solutions.

This includes the use of rapeseed meal, sunflower meal, lupins, triticale and even insect protein, which could replace some of the soybeans.

Work is also underway on how certain cover crops can be harvested and the seeds heat-treated to become a high-impact protein source.

However, the efficacy and effect on bird welfare is mixed.

For example, there is evidence that a poor source of protein can lead to more infighting within the herd, which then impacts meat or egg production.

In theory, using alternative protein sources has the potential to make a huge difference to your carbon footprint, but it’s important to make sure they add up economically too.

It is also not legislatively clear when some of these alternatives may become an option.

In the report produced for Bfrepa, early estimates – based on food formulation using modeling of IPCC emissions data – for replacing soy with alternative sources indicated a potential reduction in emissions of 60%.

While implementing precision feeding and management is not yet possible, the key first step for producers is to work with feed companies and nutritionists to begin to determine what this might look like. .

Before embracing any automation or precision, it is important to ensure efficiency from a dietary perspective and balance the possibility of including foods such as amino acids and synthetics – as well as sources of replacement protein for soy.

It is also very important to work on the contract specifications to understand if there are any restrictions or expectations that may affect the ability to make changes.

That said, any automation that comes into play will likely require some capital investment, and with the challenges the industry is currently facing, I’m not sure there’s an appetite for it yet.

So right now I think the biggest opportunity to tackle emissions is through nutrition and diet composition.

The poultry sector at a glance

This article takes as its starting point the recent report of the Center for Innovation Excellence in Livestock Net Zero and Livestock: How Farmers Can Reduce Emissionswho gives an overview of the poultry sector: